Web3 seems to be the hottest buzzword these days in tech as well as the blockchain and crypto sphere used by tech gurus to describe the next generation of the internet built on the blockchain technology.

If you were active on Twitter lately, you’ve seen Jack Dorsey and Elon Musk attacking Web3. You must’ve been scratching your head wondering what the heck these crypto enthusiastic nerds are talking about. And since you have landed on this page, dear reader, the chances are that the Web3 unparalleled hype has already caught your attention and you want to invest in the Web3 crypto. Without any further ado, let’s check out the hottest Web3 crypto coins. But first, let’s quickly define Web3.

Simply put, the internet started with Web1 which was launched by Sir Tim Berners-Lee in 1989 where few creators had the knowledge to add information online in a decentralised way however with a huge majority of users who consume that content.

Then Web2 came along, which brought more user engagement enabling them to generate content, more usability, and interoperability for end users.

Being an amorphous and rapidly evolving term, Web3 is dubbed as the next phase of the internet. This transforms the Web into a database, allowing users to perform up-gradation of the back-end of it in theory taking the power away from tech giants, and maybe that’s why Dorsey and Musk don’t like it. 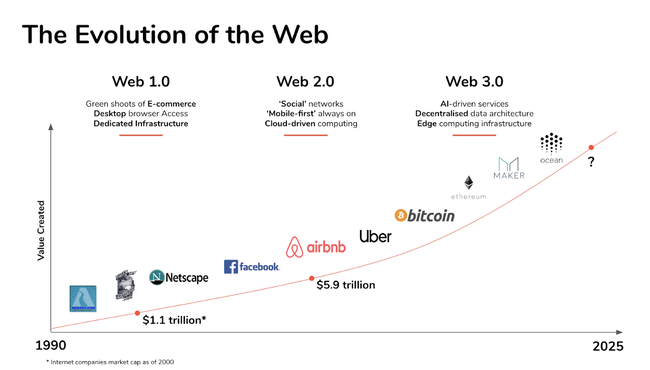 Polkadot is a next-generation Web3 platform that introduces a new era in scalability by connecting blockchains and enabling cross-blockchain “parachains” interoperability. Polka has a fast-growing user buzz making it one of the most anticipated projects in the industry. DOT is now the undisputed champion of the altcoin arena as it has been in a bull run this year paving its way to the top crypto chart.

BitTorrent is the website that aspired Satoshi Nakamoto to come up with Bitcoin:
“I’ve been working on a new electronic cash system that’s fully peer-to-peer, with no trusted third party. BITCOIN In the Satoshi Nakamoto Cryptography Mailing List, “BitTorrent” was the key word to Satoshi in his white paper. The Tron Foundation BitTorrent, helmed by Justin Sun, was smart enough to pick the Satoshi legacy by acquiring BitTorrent back in 2018.

Tokenizing the world’s largest decentralized file sharing protocol with BTT. The protocol is responsible for moving a significant percentage of the world’s Internet traffic each day. BTT is a TRC-10 utility token based on the blockchain that powers features of the most popular decentralized protocols and applications in the world. DApps powered by BTT include BitTorrent Speed, BitTorrent File System, DLive, and others in the pipeline.

Known as the coin that brings privacy to Web3, Zcash is a decentralized, peer-to-peer (P2P) crypto coin which has the most advanced privacy and security features. Being the first widespread application of privacy technology known as zero-knowledge cryptography, Zcash technology allows someone to prove something is true — without telling anyone what that “secret” is — by using advanced mathematical proofs.
Aiming to be a critical solution for protecting economic and social liberties, Zcash allows transactions to be validated without the data being revealed.
ZCash is trading now at $150.40

Chainlink is a game-changer in the Web3 revolution, as it is a decentralized open-source oracle network that provides tamper-proof inputs, outputs, and computations to support advanced smart contracts on any blockchain.

Developed by a large community of developers, researchers, and users who share the goal to evolve it into a building block of a modern DeFi ecosystem that enables an economic fair world.

The blockchain live streaming pioneer Theta Labs has recently released “Theta Video API”, which is a new product that allows developers to add a decentralized video to any website or application without any central servers, content delivery, or video hosting software.

With the goal to reduce the cost of starting a new video platform, as its peer-to-peer data relaying increases the efficiency of delivering video streams and other data-heavy applications, making it cheaper and more effective for any platform that moves large amounts of data. Liu, CEO of Theta Labs commented:

“Theta’s vision is to bring the principles of Web 3.0 to streaming video so that anyone can stream video over a decentralized network with no permissions, no interference, and no centralized entity collecting and selling your data,”.