Bitcoin price shows initial reaction to the Fed’s interest rate decision. Day traders witnessing the move are likely to join the sudden influx of capitol targeting 22,000 and 22,614. A break above 21,800 will likely be the cartalyst to prompt the anticipated move. Bitcoin price at current time auctions at $21,900. Traders should be careful to not get trapped into the wrong side of the move. Liquidity hunts and shakeouts are common occurrences following major news events. A failure to promote additional bullish engulfing candlesticks above $22,100 or a retracement into $21,290 could be early evidence of a smart money trap.

Bitcoin price leans toward a crash as bears win the power struggle. This development has shifted the market’s tide in favor of sellers, and will soon be reflected in Ethereum and Ripples’ prices. Bitcoin price reveals a massive bearish continuation pattern, hinting at a crash to $11,747. Ethereum price bounces temporarily, with bears eyeing a drop to $1,282 and lower. Ripple price undoes its bullish charm and reveals the possibility of further downside. 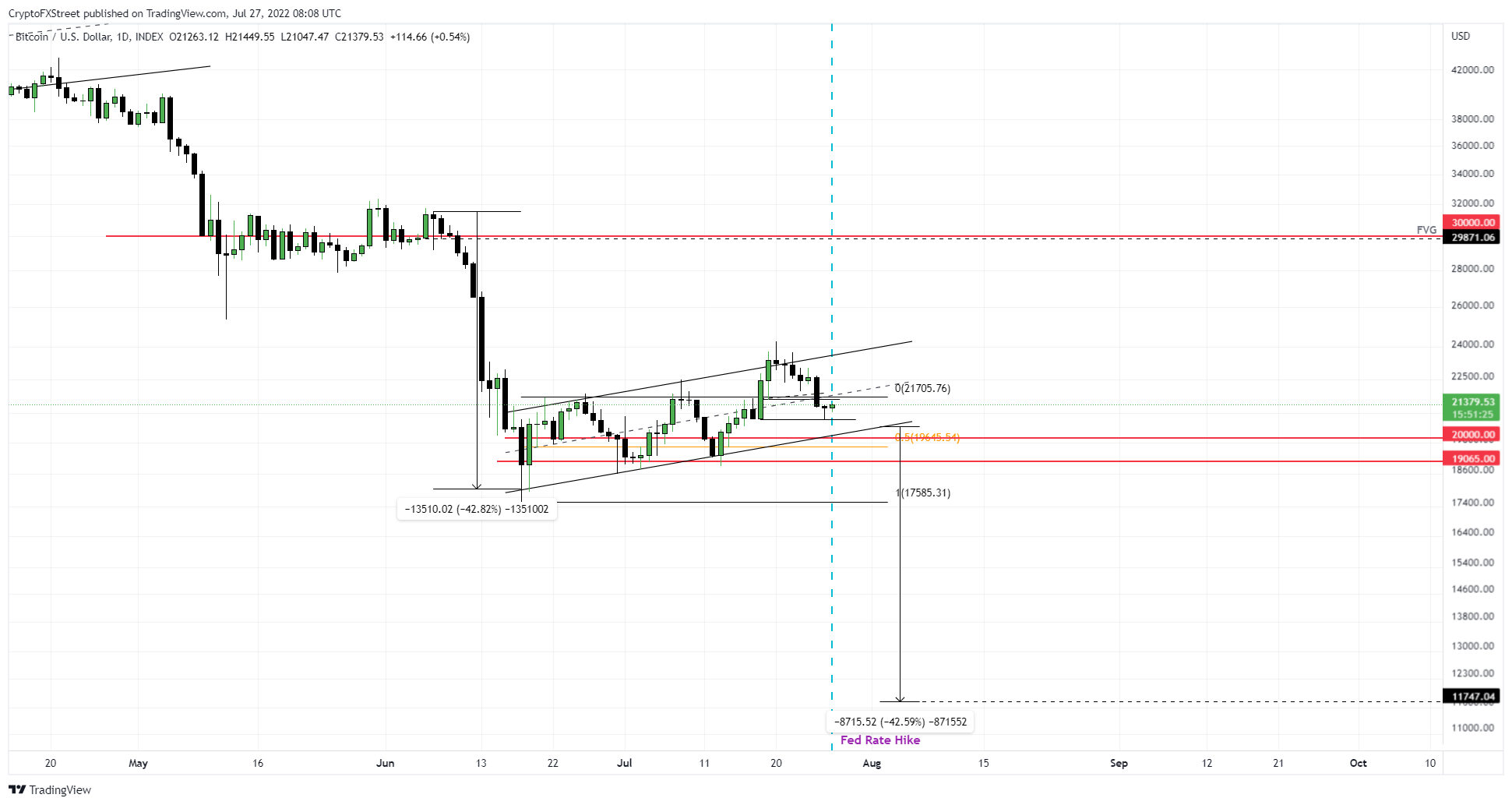 Dogecoin: A tool of speculation or starter drug for crypto

Mark Cuban, Dallas Mavericks boss recently commented on what happens to cryptocurrencies when speculators leave. Cuban addressed the state of Dogecoin, the starter drug for crypto. A senior research analyst at Messari identified similarities between Dogecoin and Cardano, sharing his findings.