Bitcoin noted some upside over the last 24 hours following a brief recovery back above $20,000. Investors that have kept a close eye on its performance over the last few weeks may have noticed its confinement within a tight range. However, it might be closer to the tail end of this range, and things are about to get more interesting.

Bitcoin has been stuck between the $19,000 and $24,000 levels for more than a few weeks now. It exited this range only a few times since June, which means the narrow range has extended for at least three months.

Bitcoin’s historic price action has seen periods where the price trades within such a narrow range, followed by the return of high volatility directional price movements. Now, if the same observation holds true for the prevailing range, the cryptocurrency might just be at the tail end of the same too.

Furthermore, an analysis of BTC’s long-term outlook suggests that it has been interacting with its long-term support.

The aforementioned observation is reflected in Bitcoin’s long-term pricing model too. BTC’s price, at the time of writing, was trading below the realized price zone. This is more evidence that the cryptocurrency is near the bottom of the ongoing bearish cycle.

BTC’s MVRV ratio also seemed to suggest that it has been regaining strength. Now, this is not necessarily a guarantee that the price is now on a recovery trajectory. In fact, some of Bitcoin’s metrics indicate that the bears are not yet done.

For example, the number of addresses holding more than 1,000 BTCs has dropped significantly since the start of September. 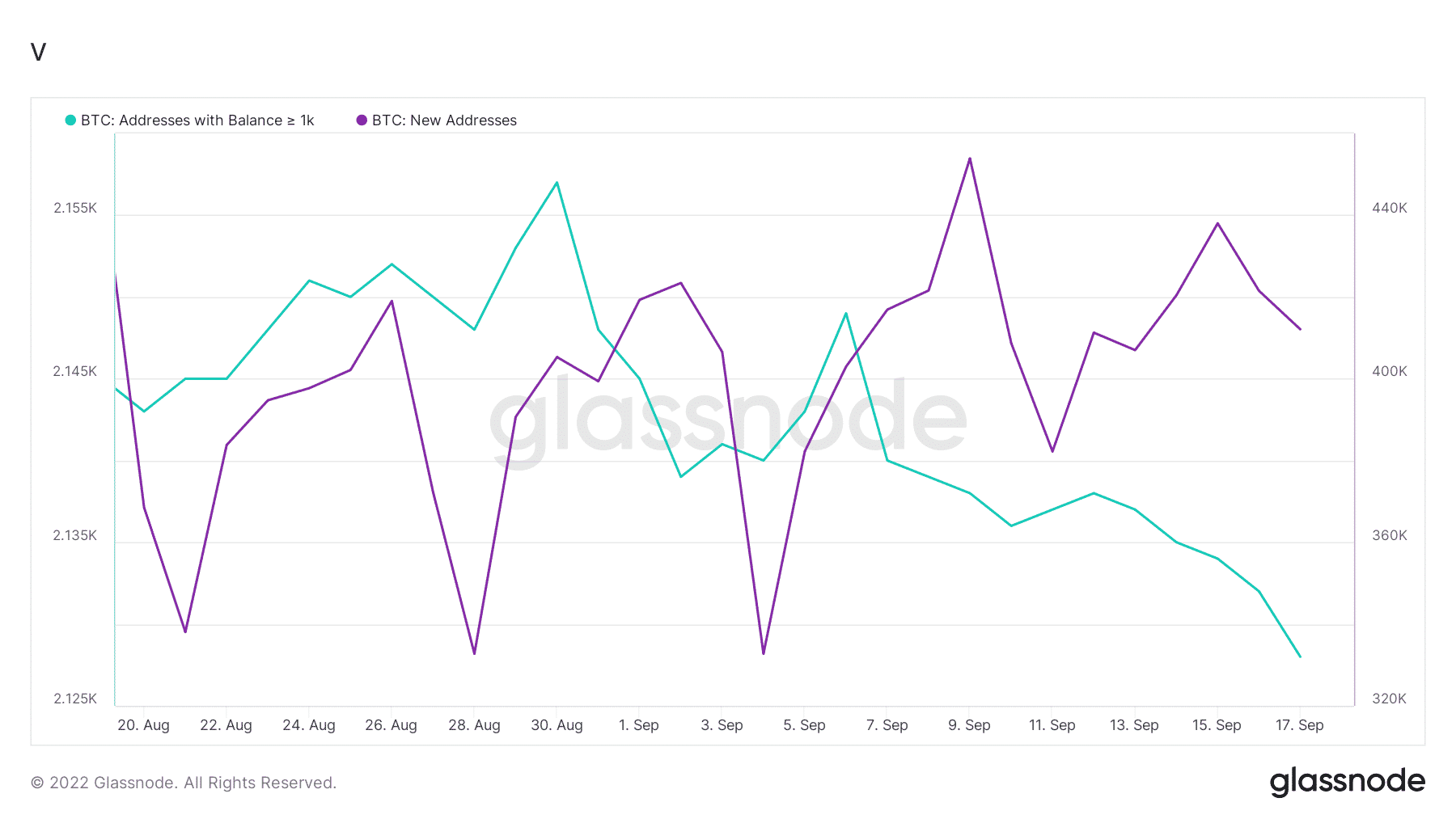 Addresses holding more than 1,000 BTCs have so far dropped to their lowest level in 4 weeks.

Furthermore, BTC’s new addresses metric highlighted that the number of new addresses have slowed down. These observations suggest that there are outflows and slowing growth. This further enhances the prevailing short-term bearish narrative for the world’s largest cryptocurrency.

Although the long-term metrics indicate that BTC is at the tail end of its current range, the short-term metrics warrant caution. Many traders are bound to get too excited and this may lead to an increase in leveraged long positions. Such an outcome would also be ripe for an unexpected major sell-off which would lead to long liquidations, triggering more downside.

The aforementioned scenario would pave the way for a long bearish wick setup before the next major rally. A potential option, although not a guarantee. Such an instance would also present an opportunity to buy at a steeper discount.