The silver to Bitcoin’s gold, Litecoin, has been one of the few altcoins to not only survive the multitude of crashes in the past but also remain one of the top cryptocurrencies in the world. This is only possible thanks to its loyal investors, that have held on to their LTC over the last few months.

Litecoin to flip its downtrend?

By the looks of it, the current situation of a downward consolidation might be coming to an end as LTC is decoupling from the king coin Bitcoin, which commands the broader market trend. After the Ethereum Merge took place on September 15, the crypto market noted a crash that pushed BTC’s price to $19,764 and ETH’s price to $1,495.

Although LTC’s price went down by 4%, it did not note much of a difference since it has been stuck between the $64 and $46 range for more than four months now. To add to that, the price indicators aren’t particularly bearish either.

The MACD, which has been maintaining a bullish crossover since the beginning of this month, is yet to flip into a bearish crossover. Secondly, the Average Directional Index (ADX) of the DMI is also below the 25.0 threshold, which shows that the upcoming trend has no strength.

However, since Litecoin is breaking away from Bitcoin’s grasp, it might be able to prevent another price drop.

The correlation that Litecoin shares with Bitcoin has been declining since the beginning of the month and currently stands at a 2-month low of 0.35. This is why LTC’s price did not see any major correction during this period. 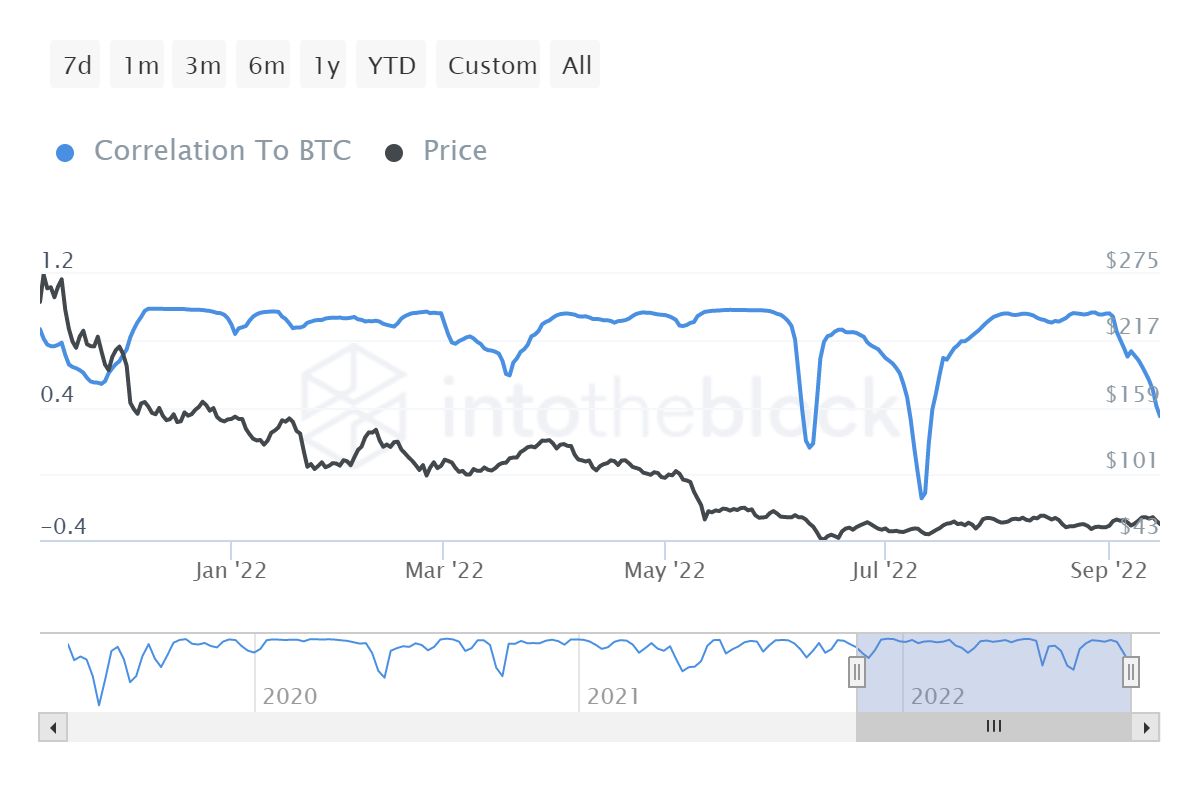 Could this be good news for Litecoin investors?

If Litecoin does not follow the broader bearish trend, it might flip into an uptrend. This will instill a sense of hope in the Litecoin investors that have been yearning for the sights of profits since October 2021. 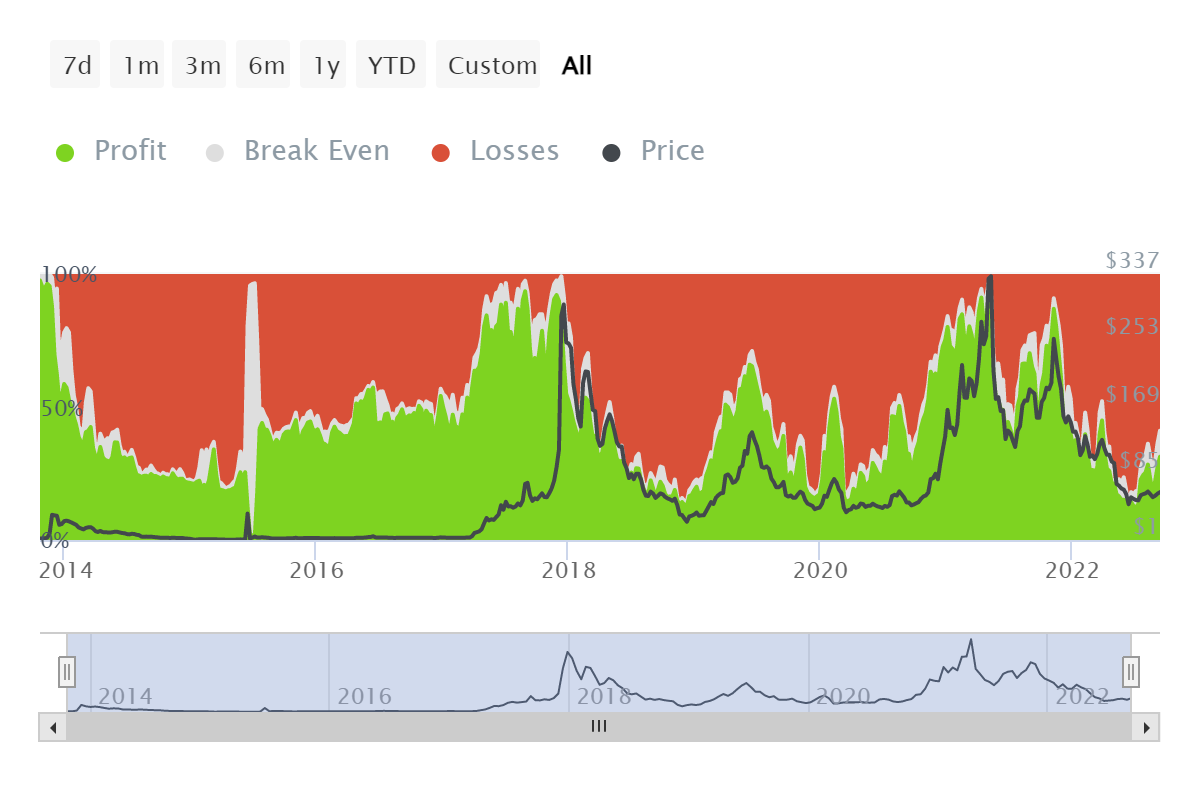 At the moment, over 4.3 million investors are in loss, making up almost 59% of all investors. Another 31% of investors only began noting profits this April, which could be reduced if the bearishness persists.